"When Scientists “Discover” What Indigenous People Have Known For Centuries"

spoiler: they use their accounts when it suits them... yay white people 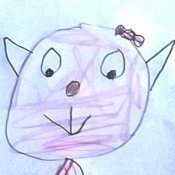 a Claes unto himself 🇸🇪🇭🇰💙💛 @clacke@libranet.de
Scientific Skepticism Considered Harmful

If discarding what didn't work and keeping what worked was great for European traditional wisdom, why is it Wrong to apply it to other traditional accounts?

@clacke that's not what happens; native accounts often go ignored entirely or discounted because someone thought it was ridiculous

a Claes unto himself 🇸🇪🇭🇰💙💛 @clacke@libranet.de
I realize that I'm biased by a counter-reaction to this anti-knowledge meme out there, originating from snake oil salesmen, which says that empirically verified knowledge equals Western colonialism, so my reading is very likely clouded by that. Happy to receive corrections.

I'm reading the article as saying that all traditional knowledge should be accepted without question, which just isn't possible, because TK of area A would contradict TK of area B.

And I have so many nits to pick. A merely centuries-old method "[finally starting to catch up after thousands of years]" only being the most superficial one.

I think it's great that scientific evaluation is going deeper into pre-existing knowledge, sorting the wheat from the chaff, and spreading the wheat. If they found supporting evidence that lent increased higher credibility to oral accounts from certain communities, that's great. Method calibration in action.

The article seems to be saying that they should have uncritically accepted one side of the story as unbiased, instead of uncritically accepting the other side of the story as unbiased. The error here was swallowing the history of the victors, and I'm glad they're addressing that. Without further proof, I think "[The Lakota and Cheyenne can be considered more objective than white accounts of the battle that are tainted by Eurocentric bias.]" sounds very naïve. Why wouldn't their view be Americentric? The correct view ought to be to accept both narratives as authentic where they agree, and allow the conflicting facts to be held in limbo until supporting evidence can be found.
0
Sign in to participate in the conversation